Patricia Bryan and Thomas Wolf present THE PLEA: THE TRUE STORY OF YOUNG WESLEY ELKINS AND HIS STRUGGLE FOR REDEMPTION at Flyleaf Books 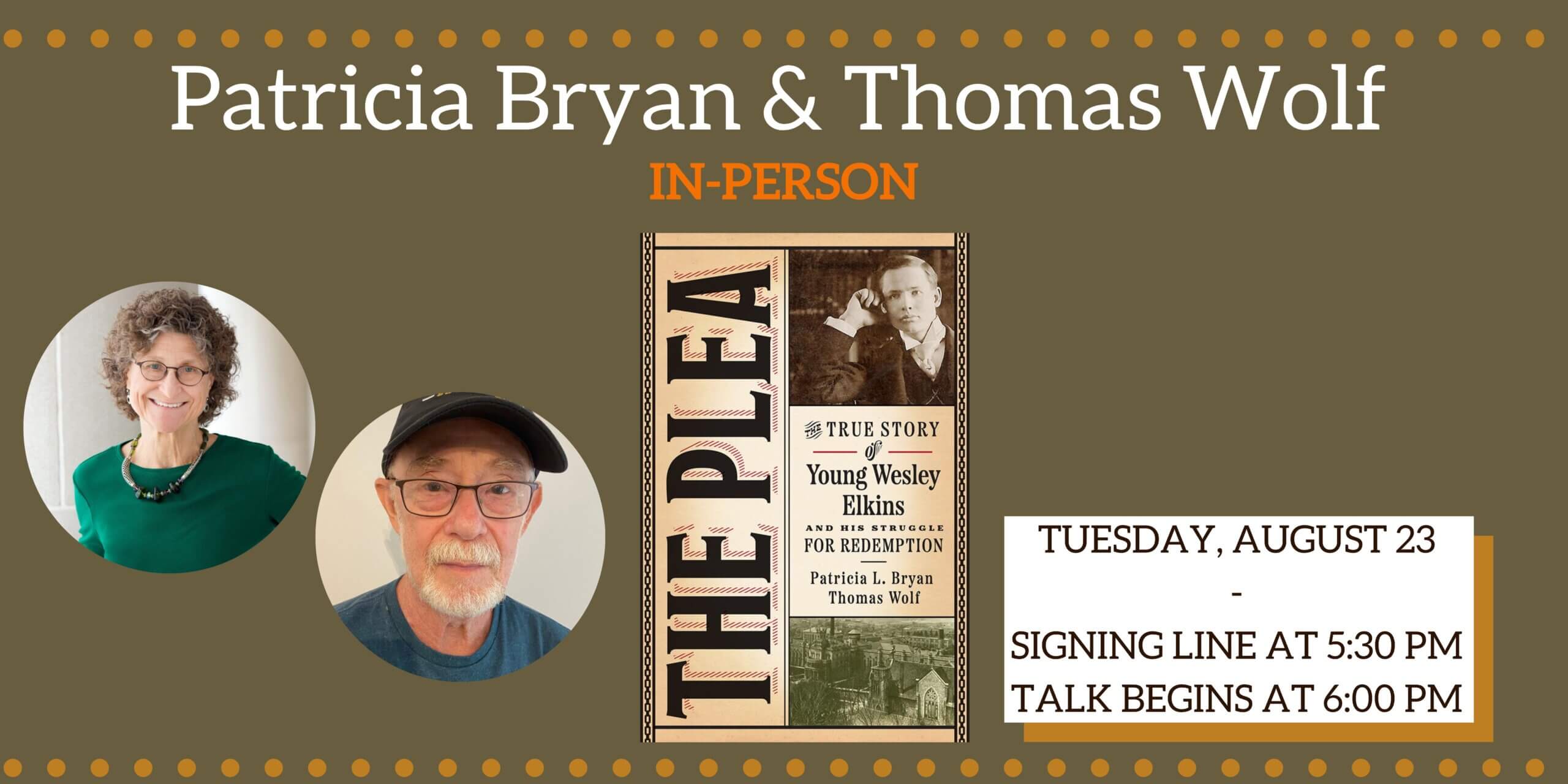 On a moonlit night in 1889, Iowa farmer John Elkins and his young wife, Hattie, were brutally murdered in their bed. Eight days later, their son, eleven-year-old Wesley Elkins, was arrested and charged with murder. The community reeled with shock by both the gruesome details of the homicides and the knowledge of the accused perpetrator—a small, quiet boy weighing just 75 pounds.

Accessible and fast-moving, The Plea delivers a complete, complex, and nuanced narrative of this horrific crime, while shedding light on the legal, social, and political environment of Iowa and the country in the late 1800s and early 1900s.

Patricia Bryan is a graduate of Carleton College and the University of Iowa College of Law. She also has a Masters in Tax degree from NYU. Patricia practiced law in New York City for six years before accepting a position as a professor at the University of North Carolina School of Law in 1982. For four decades, Patricia has taught classes in Basic Tax, Corporate tax, and a seminar in Law and Literature. She and her husband, Thomas Wolf, are the co-authors of Midnight Assassin: A Murder in America’s Heartland, published by Algonquin Books of Chapel Hill in 2005 and then issued in paperback by the University of Iowa Press in 2007. Patricia is also the co-editor of Her America: “A Jury of Her Peers” and Other Stories, a collection of short fiction by Susan Glaspell. Patricia’s new book—also co-authored with Thomas Wolf—is The Plea: The True Story of Young Wesley Elkins and His Struggle for Redemption, published in July 2022 by the University of Iowa Press.

Thomas Wolf is a graduate of Knox College and the University of Iowa Writers’ Workshop. Tom is also a longtime resident of Chapel Hill. He has been a Vista volunteer, a community college teacher, a bookstore clerk, and an education consultant. After co-authoring Midnight Assassin with Patricia, Tom turned to the subject of baseball and wrote The Called Shot: Babe Ruth, the Chicago Cubs, and the Unforgettable Major League Baseball Season of 1932, a book that was a finalist for the Seymour Medal and was named “Best Baseball Book of 2020” by Sports Collectors Digest.