Lisa Cupolo presents HAVE MERCY ON US, with Jill McCorkle and Louise Marburg at Flyleaf Books 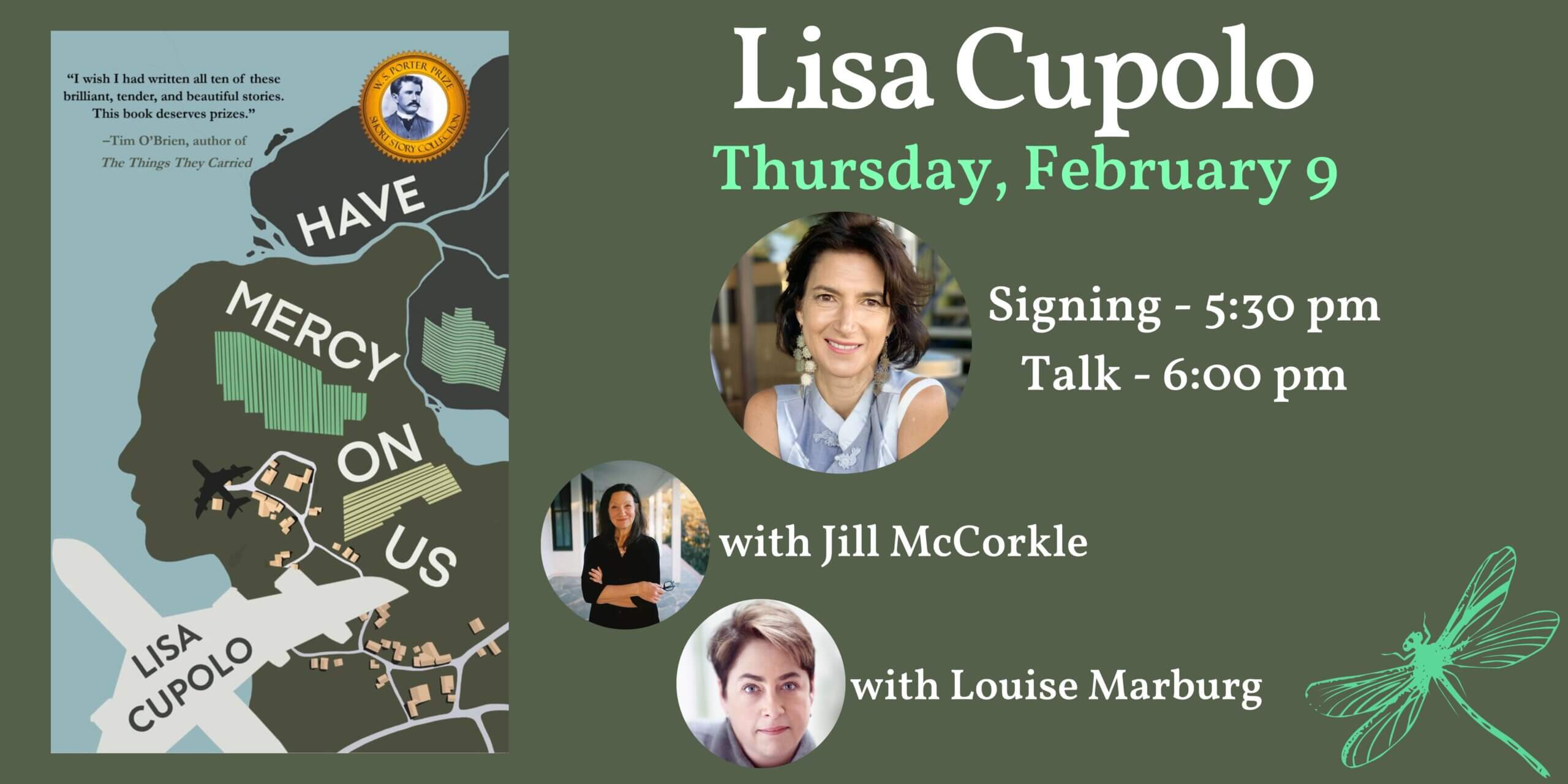 Each of the ten stories in Have Mercy on Us is an illuminating window into a human life. In the way of all the best fiction, these stories enlarge our understanding of what it means to be alive and to love, with characters who leap off the page. In this award-winning collection, the people are varied in age, race, and origin. An old man travels to a village in Kenya in an attempt to bring his estranged son home; against her mother’s wishes, a young woman attends the funeral of the father she never met, hoping to forge a relationship with her eight siblings; a woman long married to a renowned artist whose infidelity is nearly blatant, takes things into her own hands in a brilliantly realized moment of independence; in an imagined, loving portrait, the writer Zora Neale Hurston is shown near the end of her life in 1948, working as a maid in a motel in Ft. Pierce, Florida. These stories are spare and romantic without being sentimental.

The youngest of six children, Lisa Cupolo grew up in the Honeymoon Capital of the World: Niagara Falls, Canada. At thirteen, she was diagnosed with Juvenile Rheumatoid Arthritis, and spent much of her teens and twenties battling illness. She has spoken about how this trial was one of the blessings of her life, because it led her to writing. She learned to escape, creating stories when reality got difficult, and she imagined herself living the lives of her characters, and in the real world, she became an observer. Lisa has worked as a paparazzi photographer, photo editor, and literary publicist at HarperCollins in Toronto. She has lived all over the world, but currently calls Southern California home. Lisa holds a BA in philosophy from The University of Western Ontario, a graduate degree in Portrait Photography from The London Institute in England, and an MFA from the University of Memphis.

Louise Marburg is the author of three prize-winning short story collections: The Truth About Me, No Diving Allowed, and You Have Reached Your Destination. She studied design at the Kansas City Art Institute, is a graduate of New York University’s Gallatin Division, and holds an MFA in Fiction from Columbia University’s School of the Arts. A native of Baltimore, she lives in New York City with her husband, the artist Charles Marburg.

Jill McCorkle’s first two novels were released simultaneously when she was just out of college, and the New York Times called her “a born novelist.” Since then, she has published five other novels and four collections of short stories, and her work has appeared in Best American Short Stories several times, as well as The Norton Anthology of Short Fiction. Five of her books have been New York Times Notable books, and her novel, Life After Life, was a New York Times bestseller. She is currently a faculty member of the Bennington College Writing Seminars and is affiliated with the MFA program at North Carolina State University.