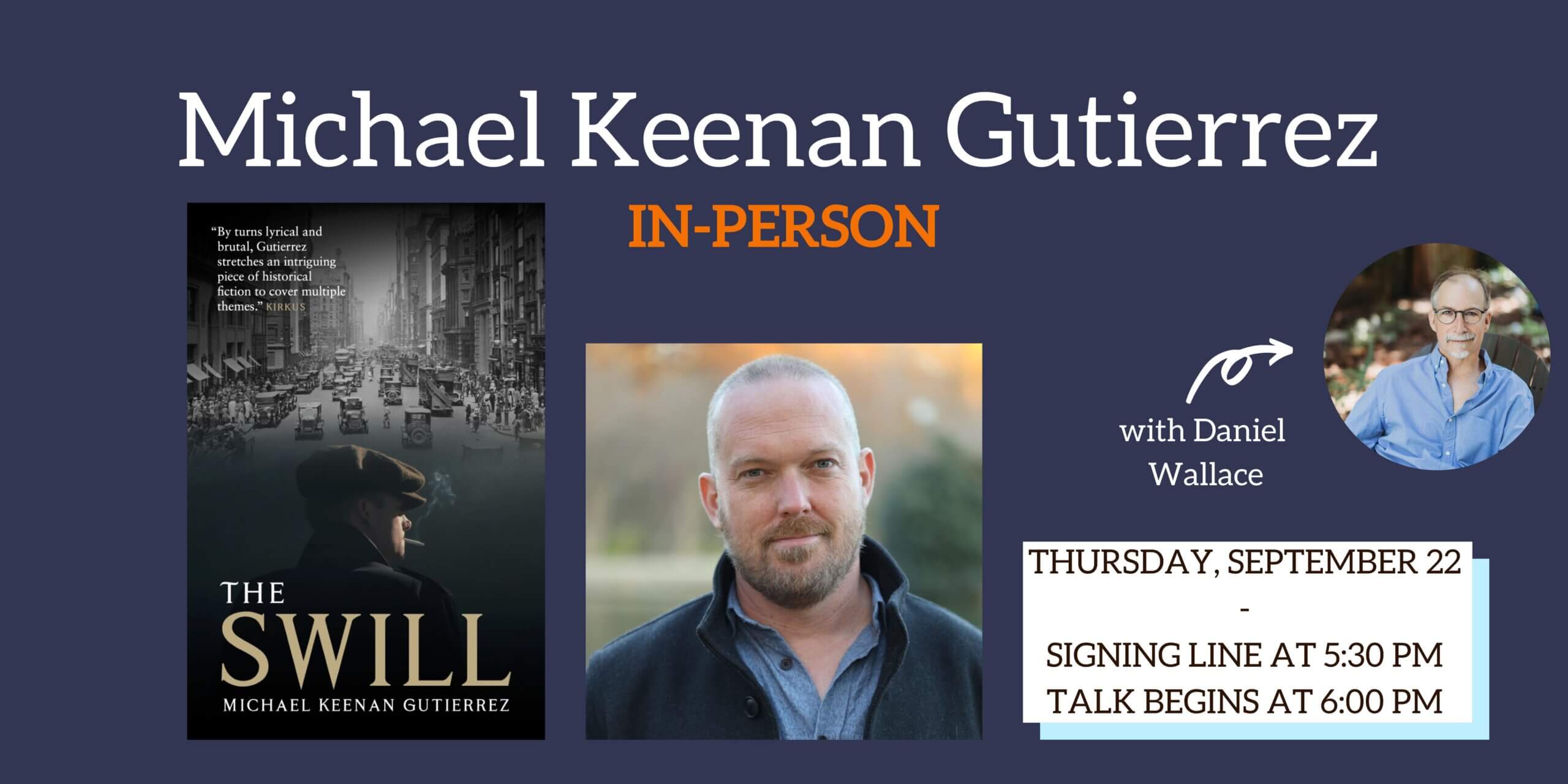 Port Kydd, 1929. Joshua Rivers, his pregnant wife Lily, his criminal sister Olive, a geriatric dog Orla, and a cast of ne’er-do-wells eke out life in The Swill, a speakeasy passed down through the Rivers family. Outside, political and race wars rage in The Bonny, the rough Irish neighborhood where they have always lived. But when Olive’s in trouble and asks her brother to help her pull a job–one with roots that reach way back into the Rivers family history–who will take the fall? Can The Swill shelter the family, as it always has, or is their luck gone for good?

Michael Keenan Gutierrez is the author of The Trench Angel and earned degrees from UCLA, the University of Massachusetts, and the University of New Hampshire. His work has been published in The Guardian, The Delmarva Review, Contrary, The Collagist, Scarab, The Pisgah Review, Untoward, The Boiler, and Public Books. His screenplay, The Granite State, was a finalist at the Austin Film Festival and he has received fellowships from The University of Houston and the New York Public Library. He lives with his wife and son in Chapel Hill where he teaches writing at the University of North Carolina.

Daniel Wallace is the author of six novels, including Extraordinary Adventures, 2017, and Big Fish, his first, which was adapted into a film and a Broadway musical, and translated into twenty-five languages. He’s published two children’s books, dozens of short stories and essays, and is an illustrator whose drawings have appeared in books, newspapers and magazines all over the world. His seventh book, This Isn’t Going to End Well: The True Story of a Man I Thought I Knew, will be published by Algonquin Books in April, 2023.