John Allore presents WISH YOU WERE HERE, with Eric Muller at Flyleaf Books 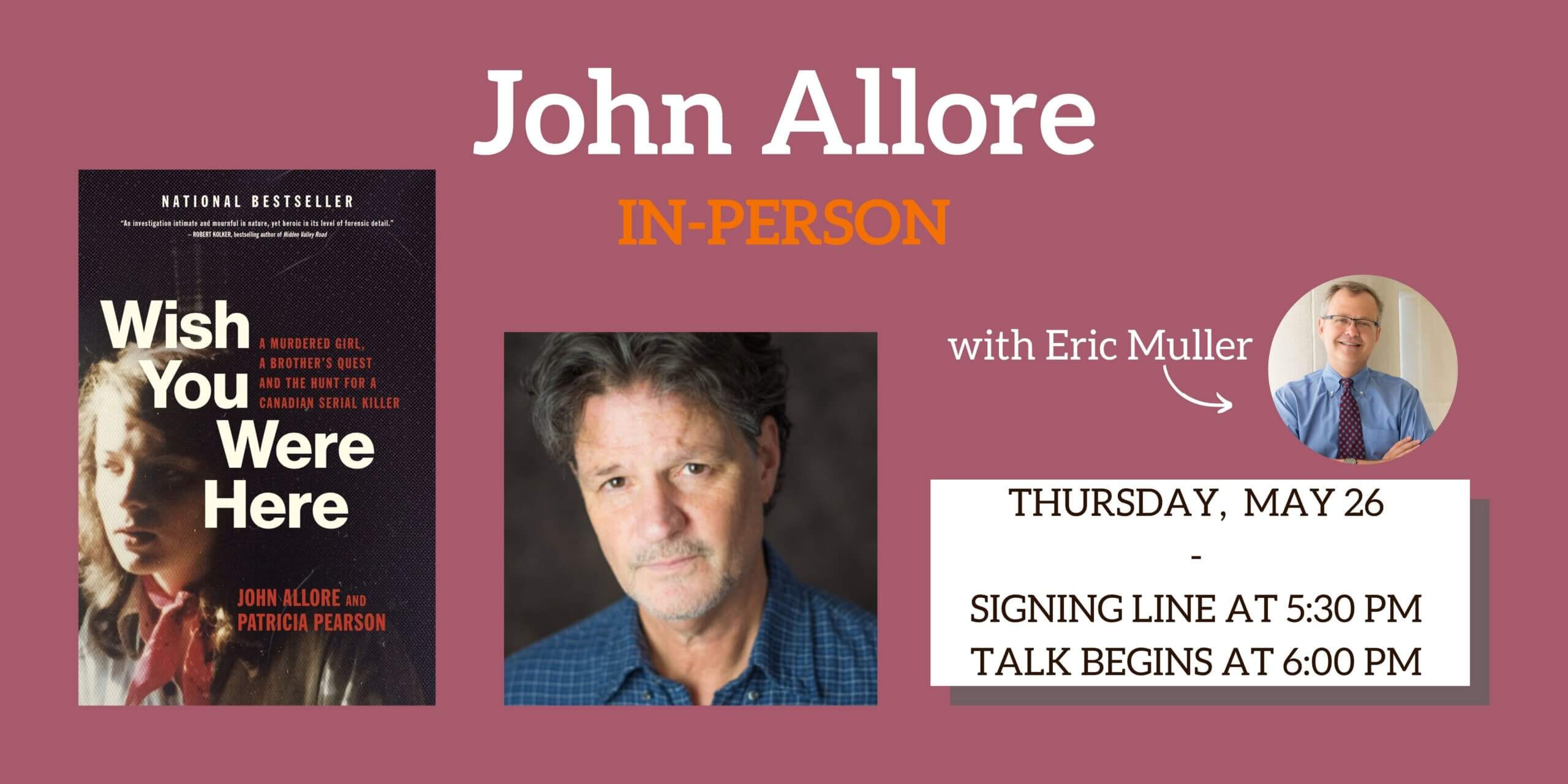 In the fall of 1978, teenager Theresa Allore went missing near Sherbrooke, Quebec. She wasn’t seen again until the spring thaw revealed her body in a creek only a few kilometers away. Shrugging off her death as a result of 1970s drug culture, police didn’t investigate.
Patricia Pearson started dating Theresa’s brother John during the aftermath of Theresa’s death. Though the two teens would go their separate ways, the family’s grief, obsession with justice, and desire for the truth never left Patricia. Little did she know, the shockwaves of Theresa’s death would return to her life repeatedly over the next forty years.
In 2001, John had just moved to Chapel Hill, North Carolina, with his wife and young children, when the cops came to the door. They had determined that a young girl had been murdered and buried in the basement. John wondered: If these cops could look for this young girl, why had nobody even tried to find out what happened to Theresa? Unable to rest without closure, he reached out to Patricia, by now an accomplished crime journalist and author, and together they found answers far bigger and more alarming than they could have imagined—and a legacy of violence that refused to end.